Andrew ran along the beach of the Sea of Galilee. Simon would be angry. Andrew was late again but listening to this John filled him with something no other teacher had. This teacher that some were calling John the Baptizer, left Andrew feeling something wonderful and life changing was about to happen. Simon, his younger brother, would never understand.

“Andrew, where have you been? We should have set out hours ago,” Simon yelled as he paced by their father’s fishing boat. “How can we feed our family if we aren’t out there catching fish?’

Andrew stopped and caught his breath. “Simon, I have been listening to the Baptist. Another man came to listen today. I told you about him. A month or so ago when He came to be baptized by John and a dove descended from the heavens and said…”

“Andrew get in the boat. The fish will be gone before we even start if you keep talking.”

Together they pushed their boat into the Sea of Galilee. When they got several miles out in the open sea they met up with James and John.

“Where have you boys been? Most of the fishing day is gone,” Zebedee said as Andrew’s boat came up beside theirs.

Simon patted Andrew on the shoulder. “Big brother here was listening to that teacher, John again.”

Pulling up his nets John said, “I’ve listened to him a few times. He does have some interesting things to say, but there have been so many of those preachers I can’t be sure who to believe.”

The five men spent many hours fishing and didn’t return home until morning, disgruntled and frustrated. For only a few fish had been caught during the night.

As they approached the beach, they noticed a man standing on the beach teaching. Andrew jumped out of the boat and ran to the shore shouting, “Simon, it’s the man I was telling you about, the man John the Baptizer baptized a month ago, Jesus.”

Simon shook his head and continued to pull the boat ashore.

Jesus stepped into Simon’s boat and asked him to put out a little from the shore.

Then he sat down and taught the crowd gathered on the shore. When he finished speaking, He said to Simon, “Put out into deep water and let down your nets for a catch.”

“Master,” Simon replied, “we’ve worked hard all night long and caught nothing! But at Your word, I’ll let down the nets.”

Simon reluctantly rowed out and dropped his nets, while Andrew and the others stood on the shore. Andrew watched the boat start to tip over as Simon tried to pull in the nets. John, James and Andrew rowed back to help. There were so many fish that it took the two boats to pull them in.

When they finally returned to shore, and Jesus stepped out of the boat Simon followed and dropped to his knees.

“Go away from me, because I’m a sinful man, Lord!”

“Don’t be afraid,” Jesus told Simon. “From now on you will be catching people.”

Simon stood and Jesus signaled to James, John and Andrew to follow.

This is how Andrew became an apostle of Jesus. For the next three years Andrew, followed and learned from Jesus. Andrew was the apostle that approached the boy about sharing his barley loaves and fishes. Jesus used those few breads and fish to feed 5000 men who had been listening to Him teach.

Later when Gentiles went to see Jesus, they approached the apostle Philip and then Philip approached Andrew who led them to Jesus.

After the crucifixion, resurrection, and ascension Andrew continued to teach and establish churches across the continent. Andrew preached throughout modern Greece and Turkey and even up into Scotland.

Andrew died between 60 and 70 A.D. in Greece. He was crucified on an x-shaped cross as he didn’t feel worthy enough to be crucified on a cross similar to Jesus.

Many people participate in an Advent devotion known as the St. Andrew Christmas Novena which is recited 15 times a day from his feast day on November 30 until Christmas.

Apostle: a person sent; any of the 12 disciples chosen by Jesus

Resurrection: rising from the dead

Baptism: First Sacrament of Initiation in the church

Crucifixion: Jesus’ ultimate sacrifice and a gift from God to us

Ascension: Christ ascending into Heaven by His own power

Get updates and learn from the best

Get Our Printable Valentine’s Day Cards It’s so much fun to share Valentine’s cards with our classmates. Sometimes it is hard to find ones that

Pope Francis has asked us all to pray for Pope Bennedict who is very sick. May God comfort him in his illness during this time.

Our Lady of Guadalupe

Our Jesse Tree Progress Today, December 5 is our 5th day into the Jesse Tree activity, illustrated by our own Steven Buttry! So far, we

Do You Want A Book Reviewed?

Or Fill out this Form

Parables is a Catholic magazine for children designed to teach and reinforce what children are learning about God through stories, poems, articles, activities, and devotions. Jesus taught us many things about God using parables, or short stories illustrating a spiritual lesson. Parables Magazine, following Jesus’ example, shares the faith through stories.

Purchase your Digital Magazine or 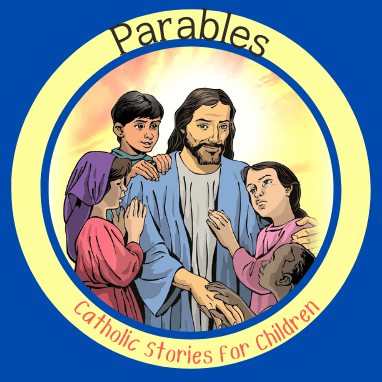 Join our Newsletter today for a free edition of Parables Magazine, our Cat-Notes, Saint highlights, and book suggestions.